Are we finally ready to ask, and answer, some important questions about college?

The Impact of Covid
In the spring of 2020, most colleges were forced to pivot their operations entirely online due to a deadly pandemic.

Imagine being a parent having paid for tuition when Covid hit. Your son or daughter is now sitting in front of their computer. And you are panicked about the consequences for their education and future. Perhaps you are wondering why you are spending lots of money on a ‘virtual education’.

Is College Worth It?
There are around 20 million college students in the United States, and over 44 million borrowers owe a collective $1.5 trillion in total student debt.

The argument is that college graduates have higher employment rates, bigger salaries, and more work benefits than high school graduates.

Counter argument? College is not worth it and the debt from college loans is too high and delays graduates from saving for retirement, buying a house, or getting married.

About 44 million Americans owe more than $1.5 trillion in student debt. 45% of people with student loan debt say college was not worth it. 10% of students graduate with over $40,000 in debt and about 1% have $100,000 in debt. In Feb. 2018, undergraduate college graduates had an average of $37,172 in loan debt. According to the US Congress Joint Economic Committee, approximately 60% of college graduates have student loan debt balances equal to 60% of their annual income. Missing late loan payments leads to lower credit scores and additional fees, worsening the debt problem.

The following successful people either never enrolled in college or never completed their college degrees:

College Dropout Rate
About 19% of students who enroll in college do not return for the second year. Students who drop out during the first year of college cost state $1.3 billion and the federal government $300 million per year in wasted student grant programs and government appropriations for colleges. Overall, 41% of students at four-year colleges and universities did not graduate within six years: 41% at public schools, 34% at private non-profits, and 77% at private for-profits. Students who did not graduate within six years accounted for $3.8 billion in lost income, $566 million in lost federal income taxes, and $164 million in lost state income taxes in one year.

“Lead articles in newspapers such as The Wall Street Journal, The Philadelphia Inquirer, and The San Francisco Chronicle have directed attention to what some are calling an epidemic of student stress in our nation’s top schools. These articles describe how the pressure that students feel to succeed has led to rampant cheating, sleepless nights, and increases in depression, drug use, and self-mutilation or cutting.

The article cited empirical data that corroborate these alarming reports, and we offer recommendations for developing healthier school environments that promote student engagement and well-being.”

Alternatives?
One in three college graduates had a job that only required a high school diploma or less, including more than 16,000 parking lot attendants, 83,000 bartenders, and 115,000 janitors with bachelor’s degrees.

The Internet – An Equalizer?
Benefits of taking online courses. Many students are turning to the less expensive option of the internet. Online courses present several benefits for those who take them:

In a survey conducted by the Learning House, 44% of students, after completing their online courses, reported having their employment standing improved. 45% of students also reported an increase in salary after receiving their promotions.

There has long been this narrative around how universities are not providing the skills that employers feel they need in their incoming employees.

Education is changing. More students are conducting their studies online. Currently, most of the online courses available are short courses in specific areas. The success of these types of courses in helping candidates gain employment, through obtaining skills employers desire, is only increasing their popularity.

Bridging the Gap for Adults

“Self-education is, I firmly believe, the only kind of education there is.”
― Isaac Asimov

Even after college lifelong learning can enhance our understanding of the world around us, provide us with more and better opportunities and improve our quality of life.

The other benefit is that thanks to the internet it can also be profitable.

Many working poor are discovering that the financial gap can be filled through online work.

*The working poor are working people whose incomes fall below a given poverty line due to low-income jobs and low familial household income. These are people who spend at least 27 weeks in a year working or looking for employment but remain under the poverty threshold.

And some are even starting new part-time business ventures. These can be surprisingly lucrative. 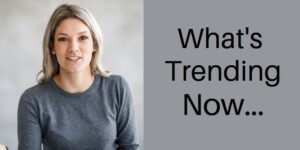 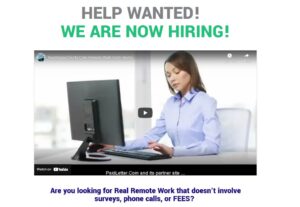 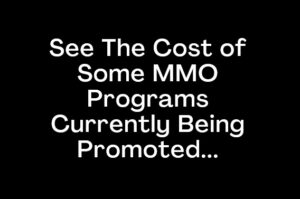